You can use Arduino to make many interactive works.The most commonly used example is acoustic-optic display. All the previous experiment has something to do with LED. However, the circuit in this experiment can produce sound. Normally, the experiment is done with a buzzer or a speaker while buzzer is simpler and easier to use.
The buzzer we introduced here is a passive buzzer. It cannot be actuated by itself, but by external pulse frequencies. Different frequencies produce different sounds. You can use Arduino to code the melody of a song, which is quite fun and simple. 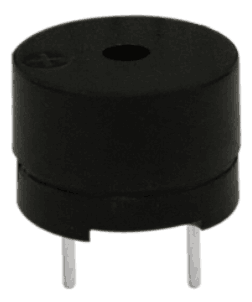 Here we connect the passive buzzer to digital pin 8. 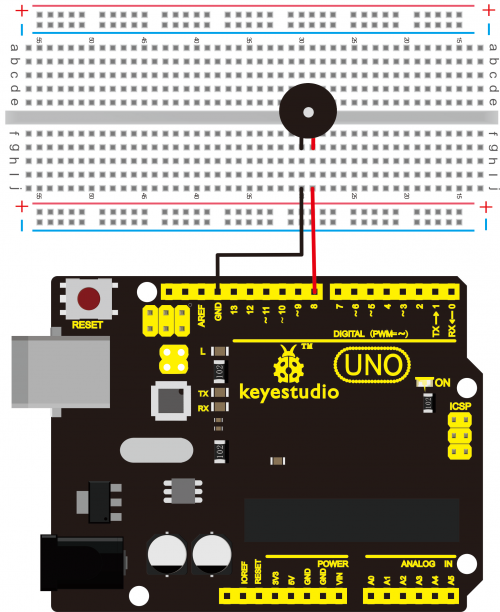 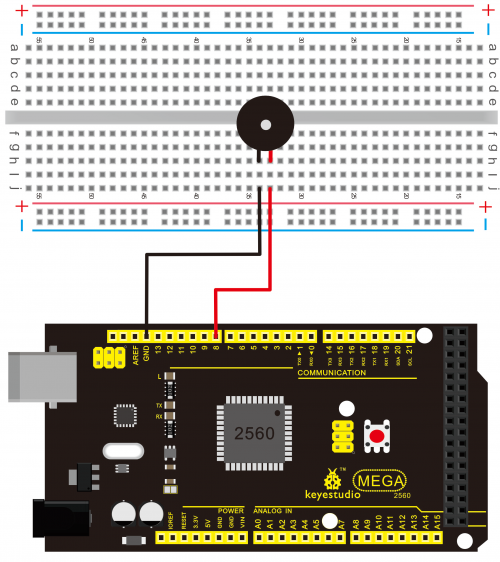 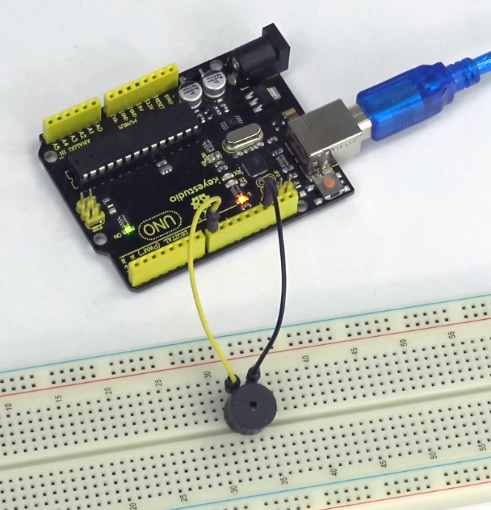 When connecting the circuit, pay attention to the positive and the negative poles of the buzzer.
In the photo, you can see there are red and black lines. When the circuit is finished, you can begin the programming.

After downloading the program, the buzzer experiment is completed. You can see the buzzer is ringing.