1. Introduction
Ball tilt sensor uses the same theory as tilt switch, in which has a little metal ball. When it keeps upright, the metal ball touches two ends of power supply wire; while placed upside down, it is disconnected, so that the upright and inverted placement produce different signals. We use button to control LED status in experiment 6, but this time we use the ball tilt switch to control the LED’s on and off. 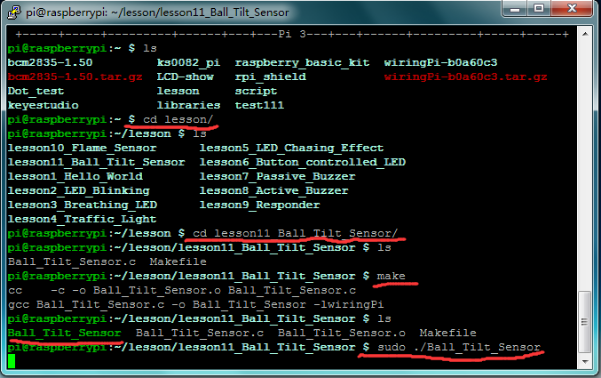