1. Introduction
The general IR remote control system is divided into two parts: transmitter and receiver. In this experiment, the transmitting part is remote control and the receiving part is IR receiver VS1838B. IR receiver VS1838B is a component integrated with receiving, amplification and demodulation, where its internal IC has been demodulated, and outputs the digital signal.
In this experiment, when the program is compiled and executed, press down the button of remote control, the terminal will display the value of button. 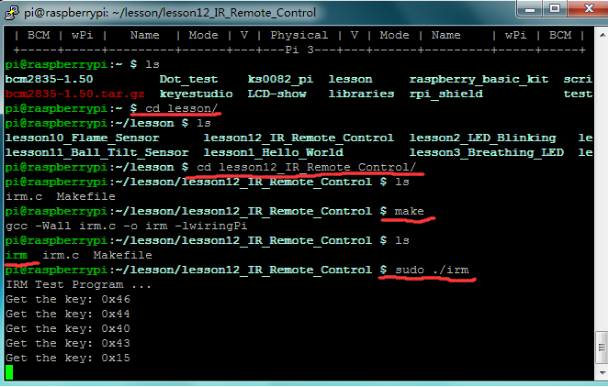