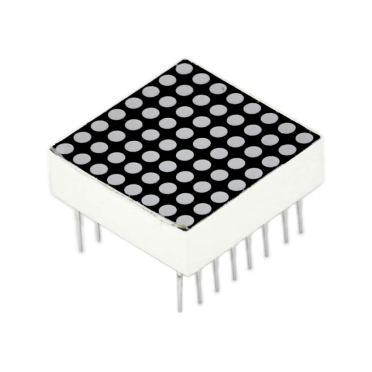 Connection:
The external view of a dot-matrix is shown as follows: 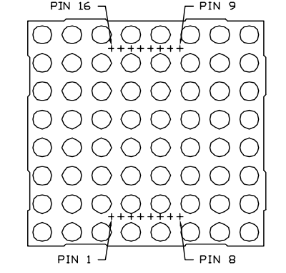 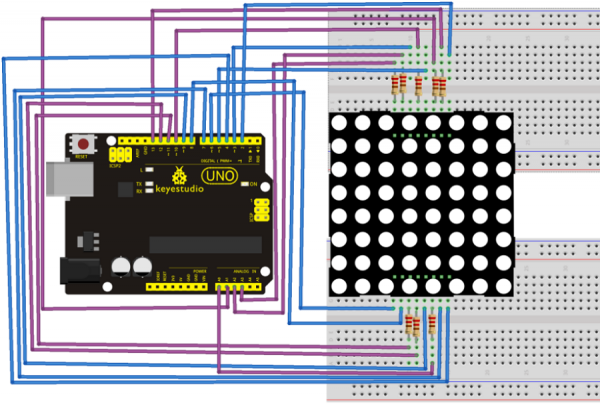 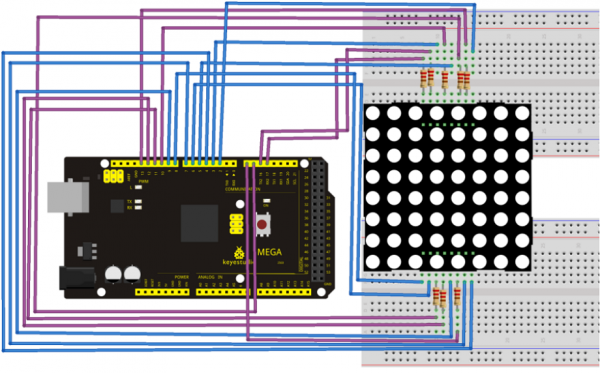 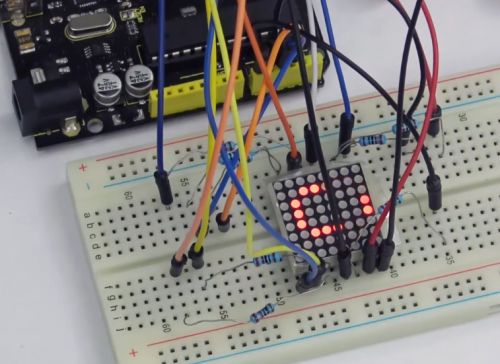 Burn the program into Uno board, the dot-matrix will display 0.