In this lesson, we just simply test the 5V relay. The relay is available for high level, when the signal end inputs high level, the “ON” side is closed, LED lights up; otherwise it will be disconnected, LED off. In the experiment, we just make the relay closed for 0.5S, then disconnected for 0.5S, repeatedly cycle. 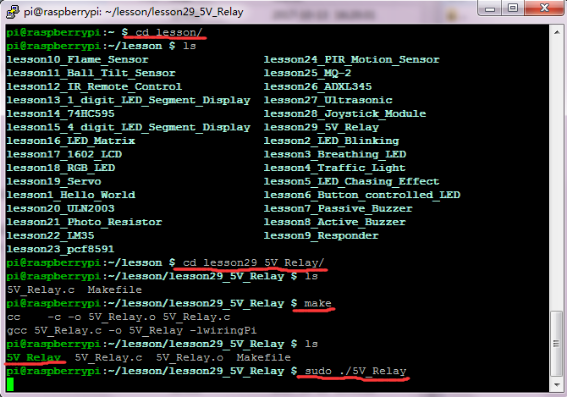 The first lines below is –