Blinking LED experiment is quite simple. In the “Hello World!” program, we have come across LED. This time, we are going to connect an LED to one of the digital pins rather than using LED13 soldered to the board. Apart from an Arduino and a USB cable, you will need extra parts as below: 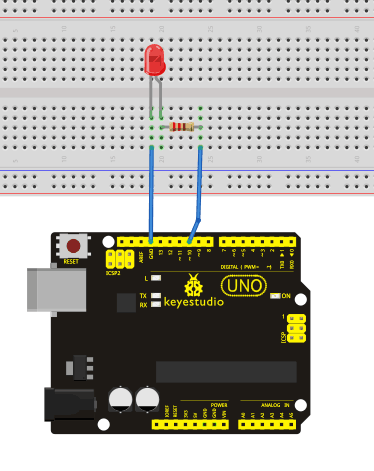 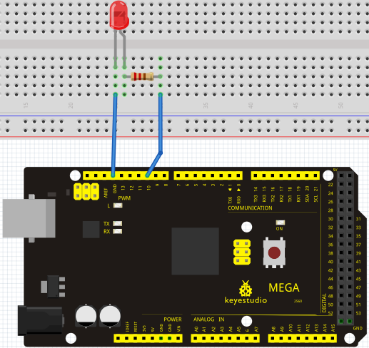 We follow below diagram from the experimental schematic link. Here we use digital pin 10. We connect LED to a 220 ohm resistor to avoid high current damaging the LED.

Let’s put together some code –

After uploading this program, in the experiment, you will see the LED connected to pin 10 turning on and off, with an interval of approximate one second. In this way, blinking LED experiment is now completed. Thank you!