01 / What is PWM or Pulse Width Modulation – Pulse Width Modulation (PWM) is a fancy term for describing a type of digital signal. Pulse width modulation is used in a variety of applications including sophisticated control circuitry. A common use of PWM is to control dimming of RGB LEDs or to control the direction of a servo motor. We can accomplish a range of results in both applications because pulse width modulation allows us to vary how much time the signal is high in an analog fashion. While the signal can only be high (usually 5V) or low (ground) at any time, we can change the proportion of time the signal is high compared to when it is low over a consistent time interval. 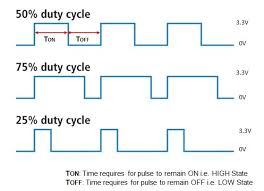 
In this lesson, we will use the Raspberry Pi to gradually increase and decrease brightness of an LED. We will generate a PWM signal and vary the duty time of the signal to change the rate at which the LED brightness increases and decreases. We use a 220 Ohm resistor to limit the current flowing through the LED. Now, let’s get started.

We will thus use the Pulse Width Modulation approach to gradually increase, decrease the brightness of an LED. Lets wire up your circuit based on the fritzing diagram below.

In this experiment, we have connected 1 x 220Ω resistor to the anode (the longer leg of the LED is the Anode and the shorter leg of the LED is the Cathode) of the LED, followed by the other end of each of the resistor to our 3.3 V power source on the breadboard (using the Raspberry Pi Cobbler / T-Extension Board) and finally connected the connect the cathode (the shorter leg) of the LED to pins B18 on the Raspberry Pi. The fritzing diagram below provides a view of all of the connections that need to be made for this tutorial. 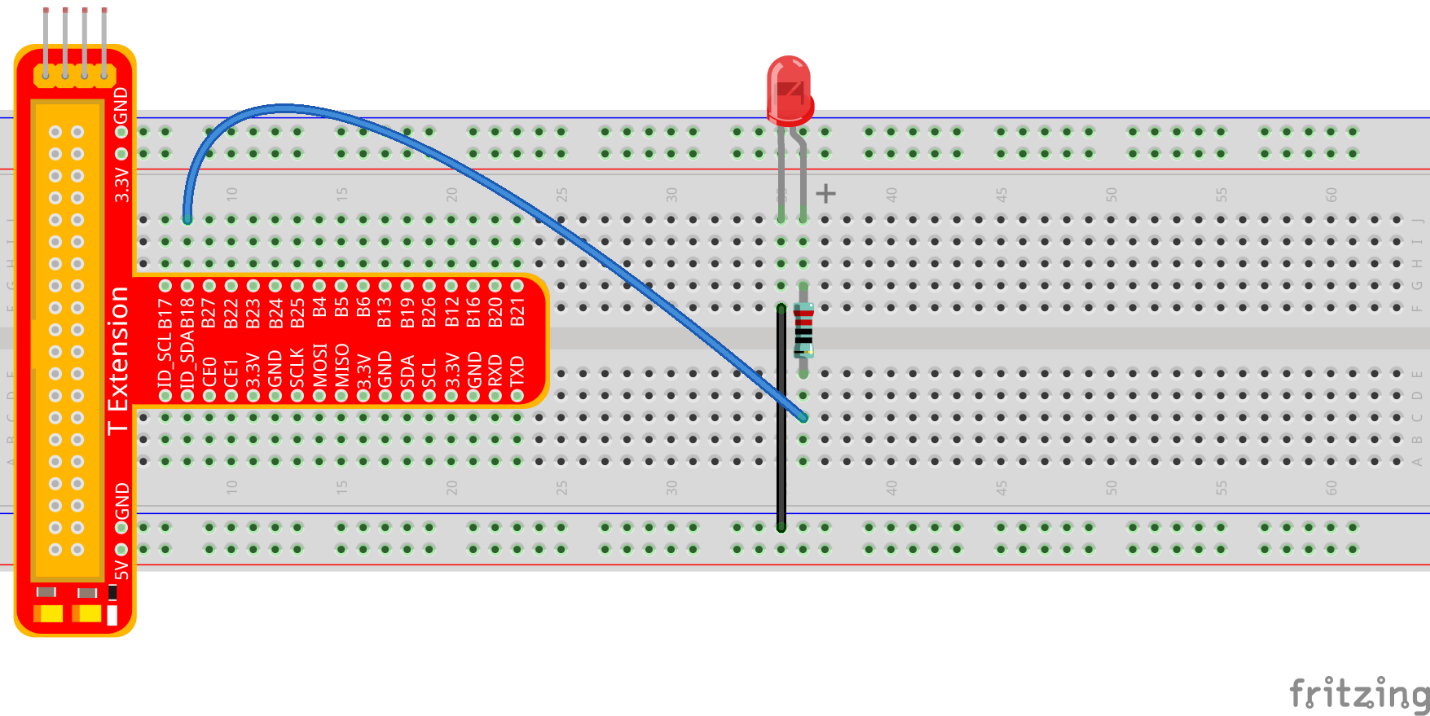 We can see from the schematic diagram below that the Anode of the LED connects to a 220 Ohm current-limiting resistor and then to 3.3V power source (on the Raspberry Pi using the Raspberry Pi Cobbler / T-Extension Board). Therefore, to turn on the LED, we need to program the B18 pin on the Raspberry Pi to be low (0 Volt). This can be achieved using a few different programming languages but in our case we will be using Python and we will use the Pulse Width Modulation approach to gradually increase, gradually decrease brightness of the LED in a continuous cycle.

When you are done implementing the code, why not vary the PWM duty cycle and come up with some interesting lighting patterns out. Build on the example given and try creating different lighting patterns.

Here’s what the real world project will look like once you have wired up all the relevant components i.e. Raspberry Pi 3B+, Raspberry Pi Cobbler / T-Extension Board, breadboard, 1 x 220 Ohm resistor and 1 x LED. 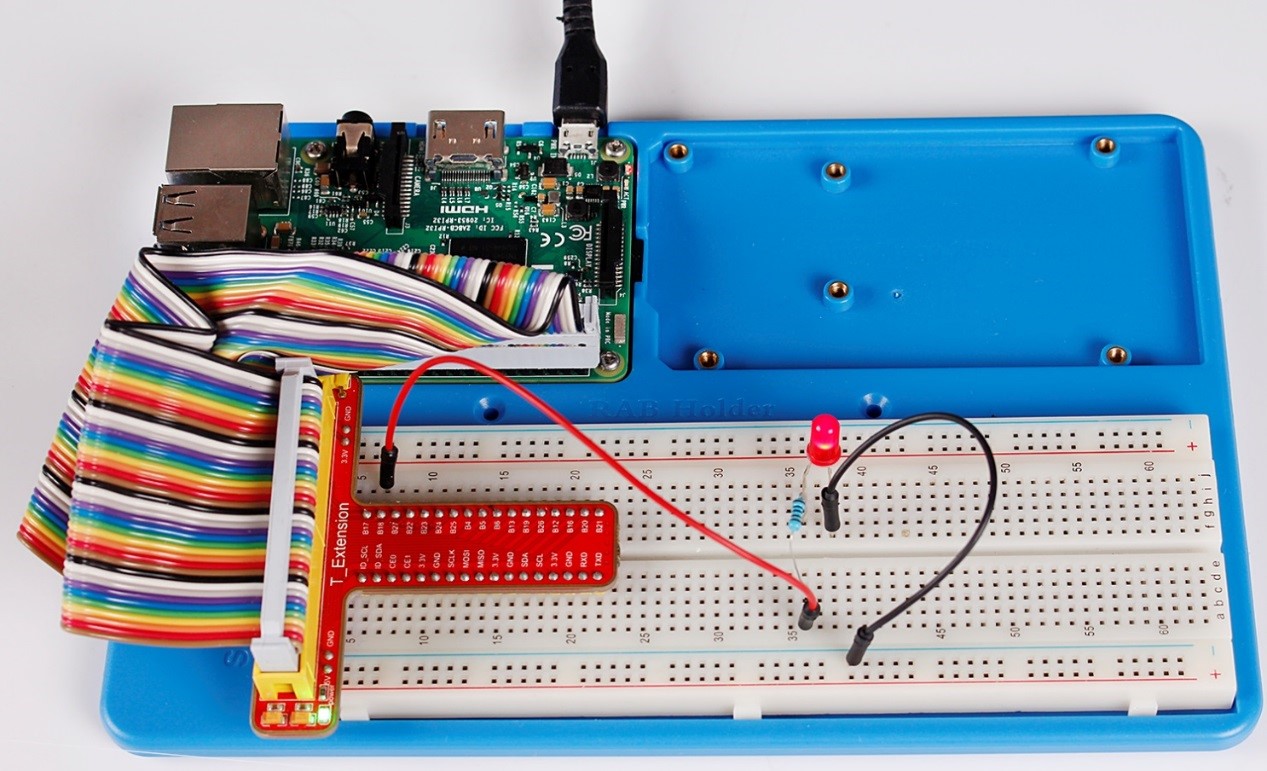