Developing Applications for your Phone with MIT App Inventor – I 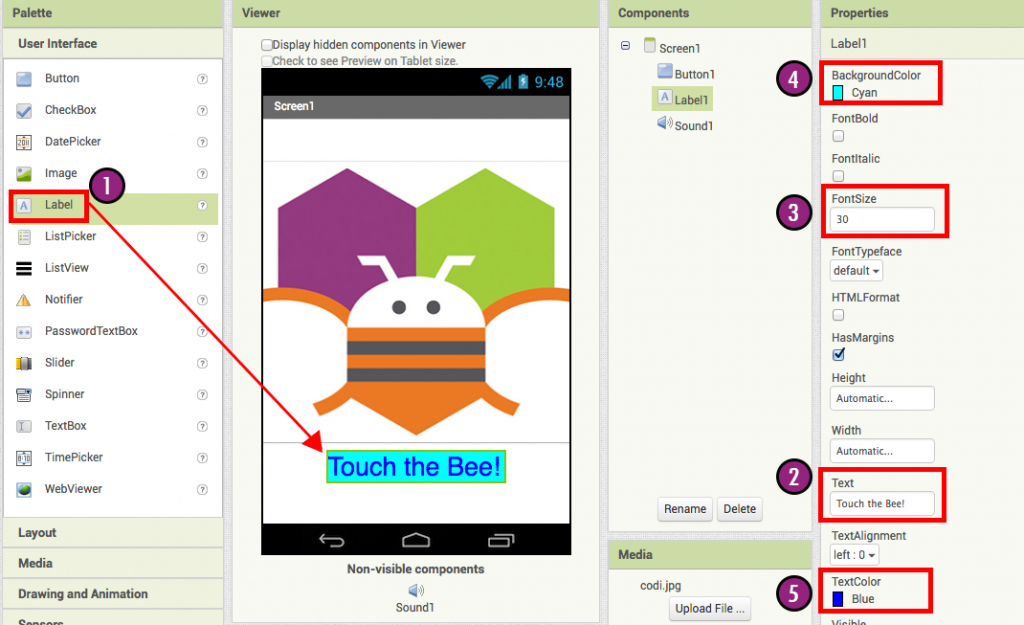 Here’s a list of prerequisites for this development track –

Once you complete your tutorials you will also need to learn how to load your applications onto your Android cell phone.

Choose which way you want to connect to run your apps, and follow the links to setup instructions:

Test out the editor by clicking on the following Link. Your micro:bit python editor should open up in a new window.

App Inventor for Android is an open-source web application originally provided by Google, and now maintained by the Massachusetts Institute of Technology (MIT).  It allows newcomers to computer programming to create software applications for the Android operating system (OS). It uses a graphical interface, very similar to Scratch, which allows users to drag-and-drop visual objects to create an application that can run on Android devices. In creating App Inventor, Google drew upon significant prior research in educational computing, as well as work done within Google on online development environments.