Exploring Fundamentals of Electronics through Paper Circuits – I 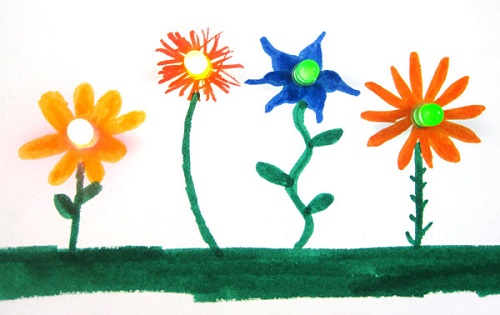 Mixed bag of components – On this picture you will see 3 LED’s (white, green, yellow), a resistor (blue with black stripes) and a diode (black cylinder with a dot on it). 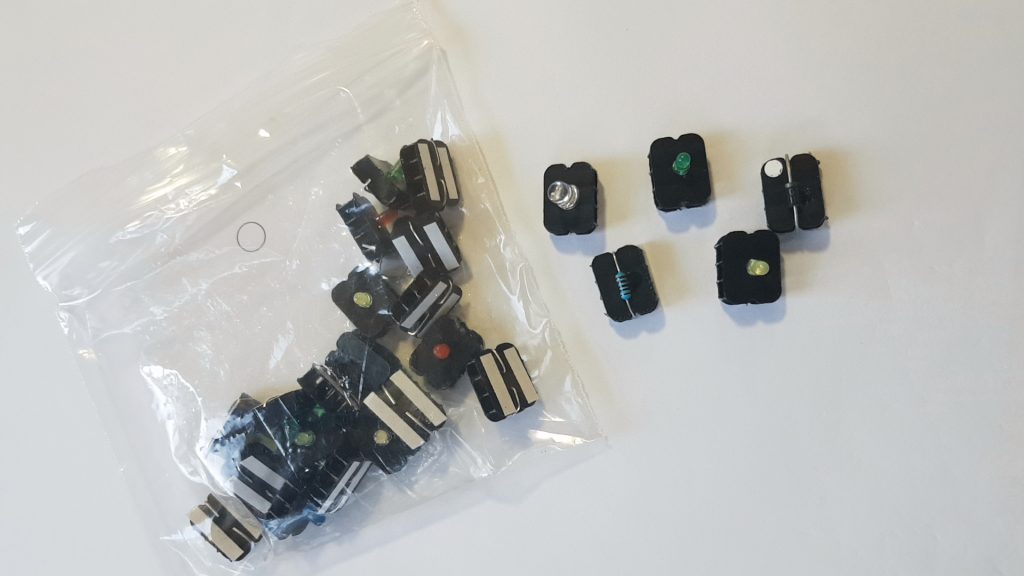 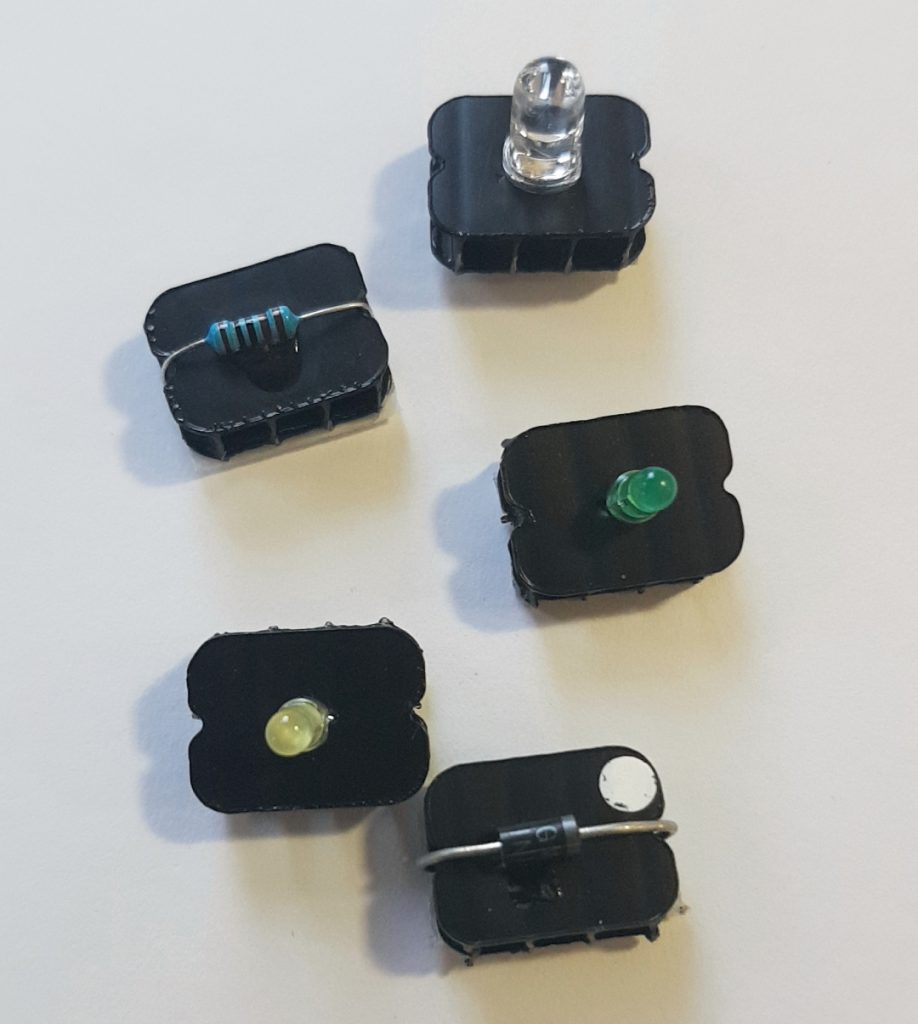 Double sided tape – Each of the electronic components included i.e. LED’s, diodes, resistors, etc. have double sided tape on the bottom, see picture of an LED shown below. 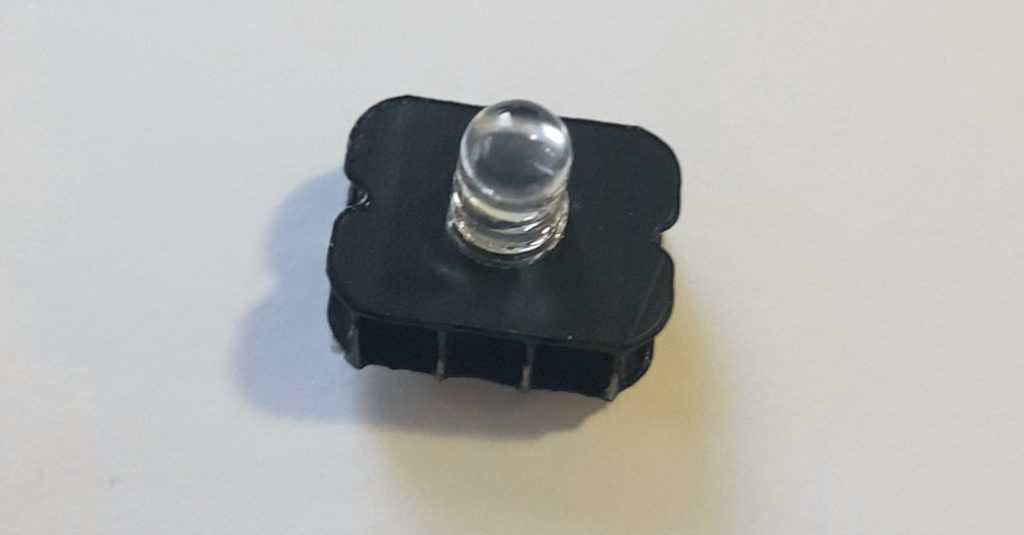 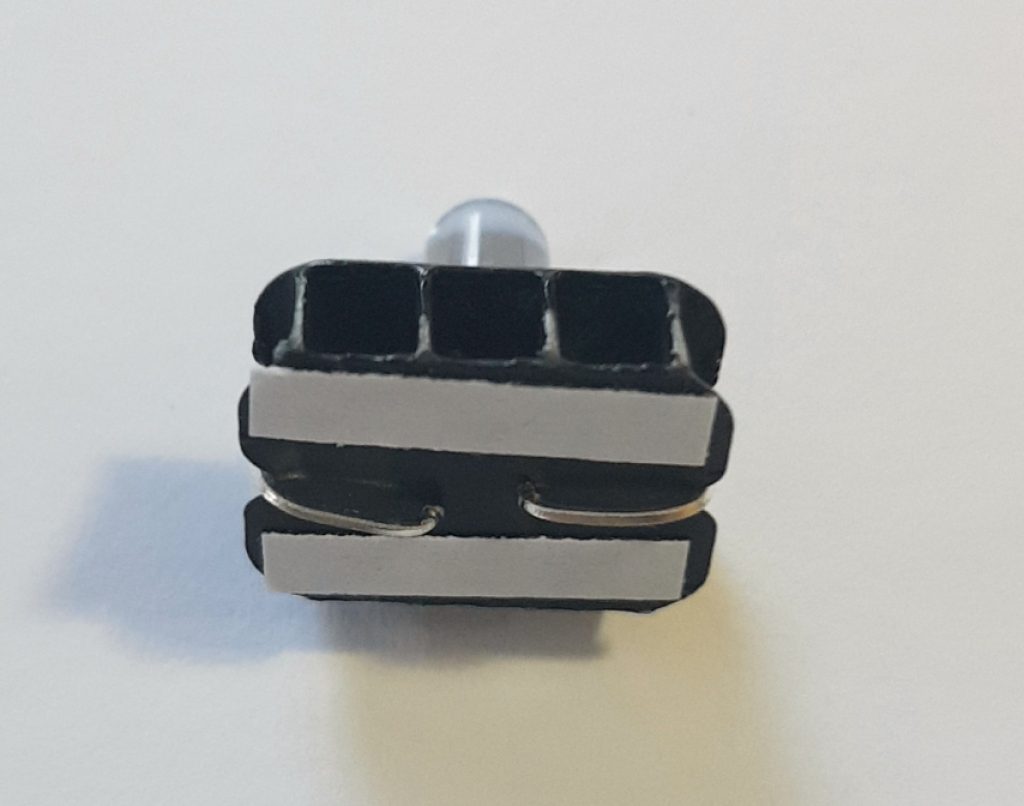 SPST and DPST Switches – Shown below are the SPST (Single Pole Single Throw) and DPST (Double Pole Single Throw) switches that we will be using for our tutorials. These switches have double sided tape at the bottom which can be peeled off and stuck to the paper at the point where the switch needs to be embedded. The Switches are designed to act like a bridge for the electrons and when you press them down on the paper they should close off the gap between the two ends of the copper tape thus creating a working circuit. 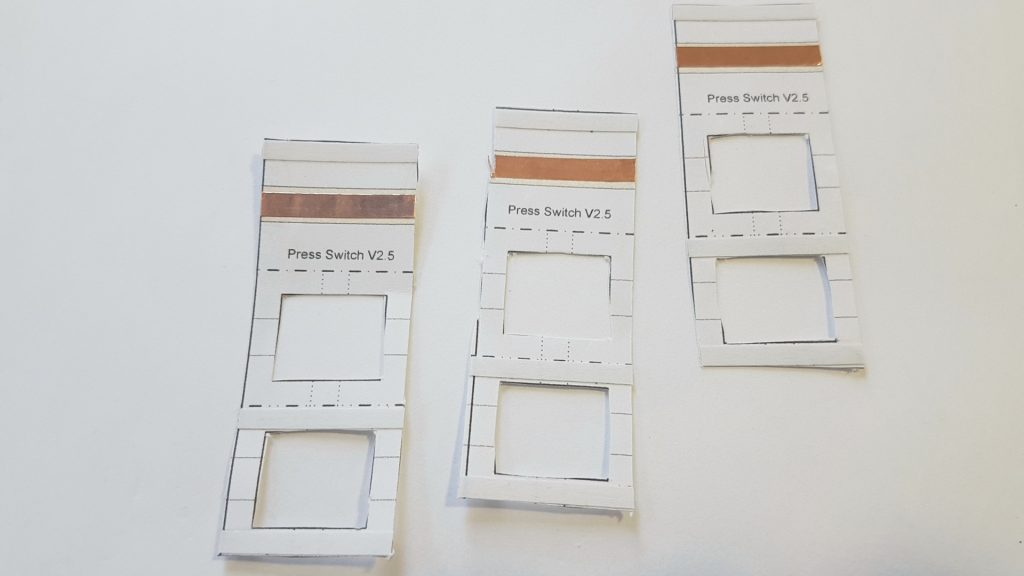 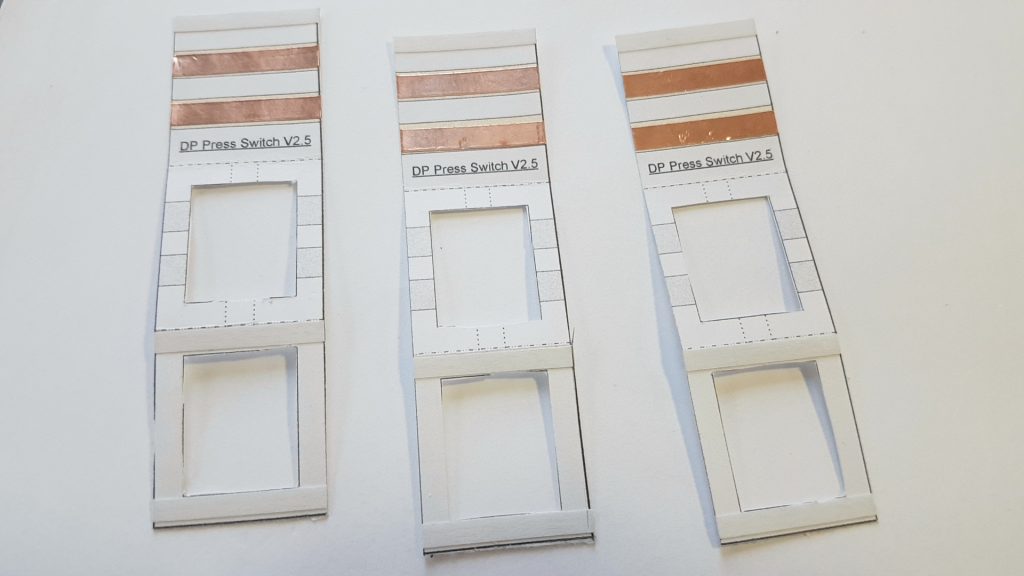 CR2032 battery – The CR2032 is a button cell battery that can be used to power your circuit with a voltage of 3 Volts. Every circuit needs power to drive it and in our case we chose to use the simple CR2032 coin cell battery. If you run out of juice in this battery feel free to pick up a replacement CR2032 battery from your local electronics store. 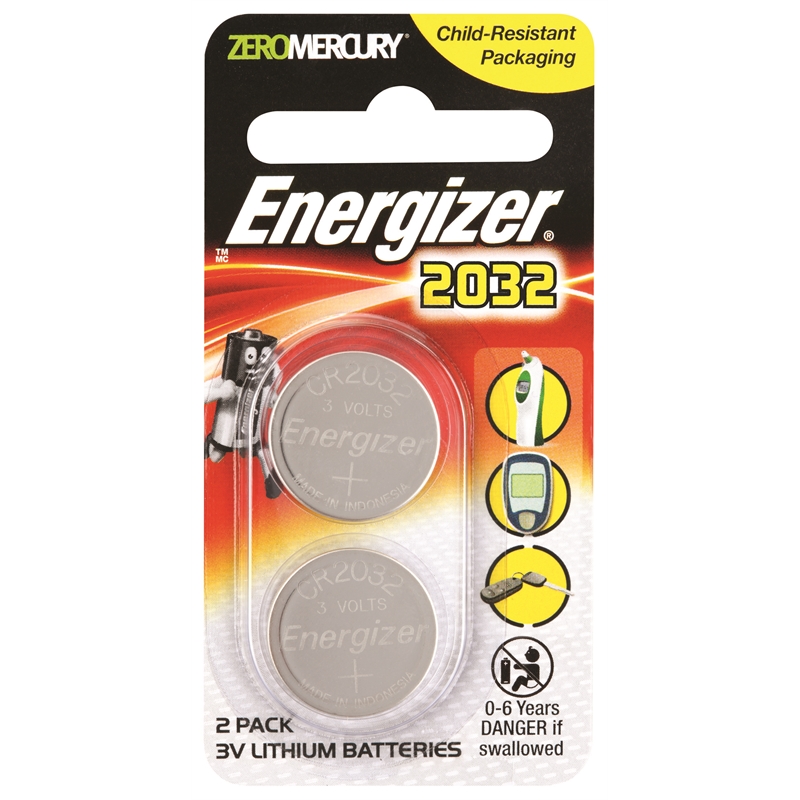 The copper tape on its lower side has adhesive backing which when peeled off can be stuck onto paper creating very flexible circuits. If you run out of copper tape you can pick up another reel from your local electronics store. 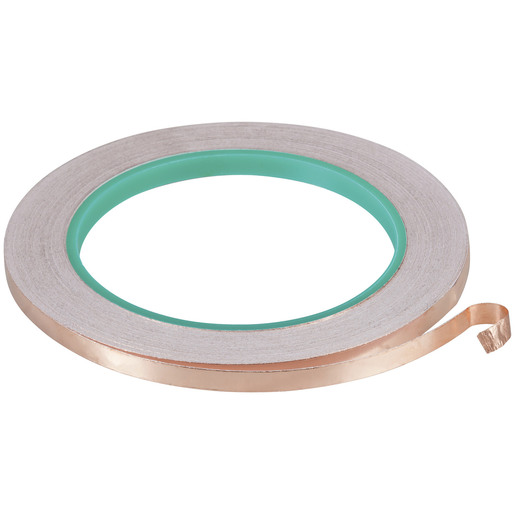 About Paper Circuits Track I –