What is 3D modelling – According to Wikipedia, “In 3D computer graphics, 3D modeling is the process of developing a mathematical representation of any surface of an object (either inanimate or living) in three dimensions via specialized software. The product is called a 3D model. Someone who works with 3D models may be referred to as a 3D artist. The created model can be displayed as a two-dimensional image through a process called 3D rendering or used in a computer simulation of physical phenomena. The model can also be physically created using 3D printing devices. Models may be created automatically or manually. The manual modeling process of preparing geometric data for 3D computer graphics is similar to plastic arts such as sculpting. 3D modeling software is a class of 3D computer graphics software used to produce 3D models. Individual programs of this class are called modeling applications or modelers.” 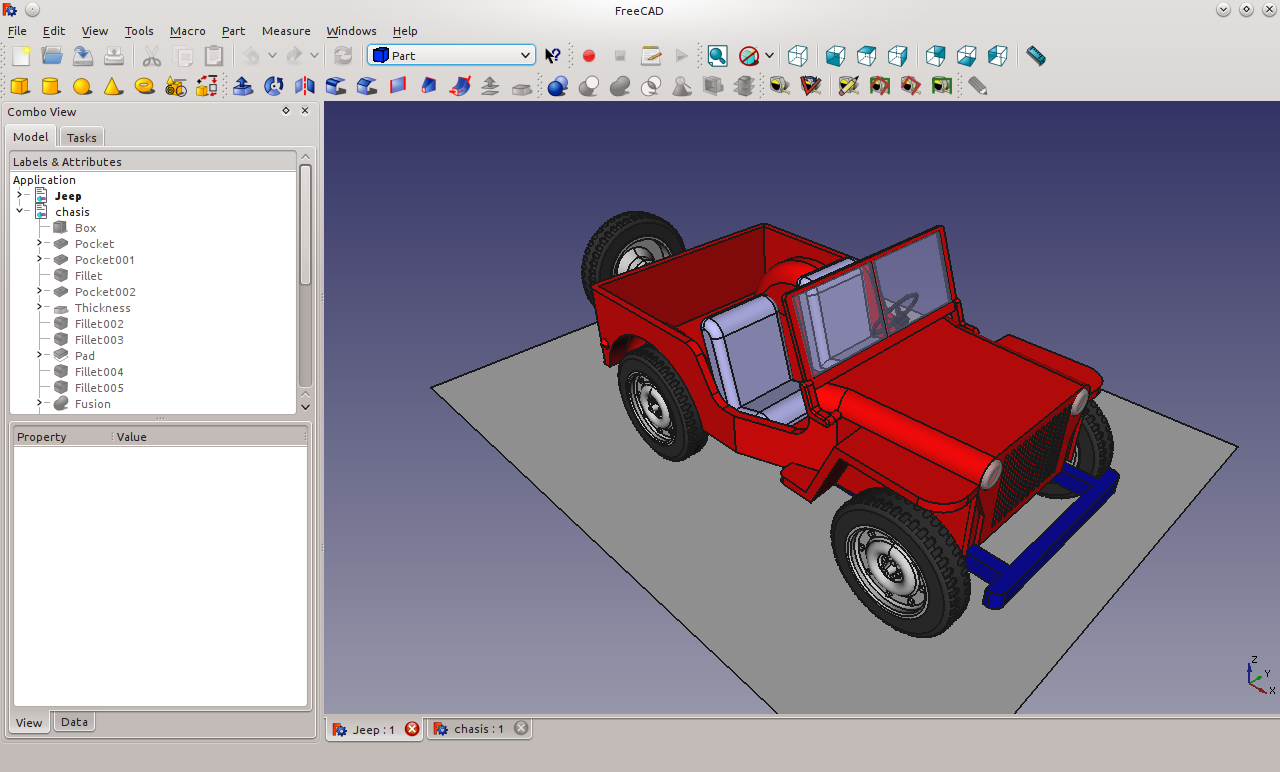 3D modeling is a technique in computer graphics for producing a 3D digital representation of any object or surface. An artist uses special software to manipulate points in virtual space(called vertices) to form a mesh: a collection of vertices that form an object. These 3D objects can be generated automatically or created manually by deforming the mesh, or otherwise manipulating vertices. 3D models are used for a variety of mediums including video games, movies, architecture, illustration, engineering, and commercial advertising.

What is FreeCAD – FreeCAD is a free and open-source (under the LGPLv2+ license) general-purpose parametric 3D CAD modeler and a building information modeling (BIM) software with finite-element-method (FEM) support. FreeCAD is intended for mechanical engineering product design but also expands to a wider range of uses around engineering, such as architecture or electrical engineering. Users can not only interact with this software; because of the free and open-source nature of the software, users can also extend the functionality of the software using the Python programming language. FreeCAD is currently in a beta stage of development.

FreeCAD features tools similar to Autodesk Revit, CATIA, Creo, Autodesk Inventor, SolidWorks or Solid Edge, and therefore also falls into the category of Building Info Modeling (BIM), Mechanical computer-aided design (MCAD), PLM, CAx and CAE. It is intended to be a feature-based parametric modeler with a modular software architecture, which makes it easy to provide additional functionality without modifying the core system.  As with many modern 3D CAD modelers, it will have a 2D component to facilitate 3D-to-2D drawing conversion. Under its current state, direct 2D drawing (like AutoCAD LT) is not the focus for this software, neither are animation or 3D model manipulation (like Blender, Maya, or Cinema 4D). However, the modular nature of FreeCAD will allow the user to adapt its workflow for such environments.

FreeCAD uses open-source libraries from the field of scientific computing. Among them are Open CASCADE(a CAD kernel), Coin3D (an incarnation of Open Inventor), the Qt GUI framework, and Python, a popular scripting language. FreeCAD itself can also be used as a library by other programs.

As part of this development track you will learn the basics 3D modelling using FreeCAD .

Lesson 11 – Mapping a Sketch to a Face / Invisible Elements