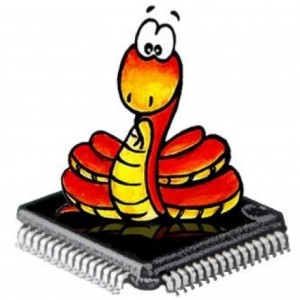 You can read more about the BBC micro:bit at the microbit website.

MicroPython is a software implementation of the Python 3 programming language, written in C, that is optimized to run on a microcontroller. MicroPython is a full Python compiler and runtime that runs on the micro-controller hardware. The user is presented with an interactive prompt (the REPL) to execute supported commands immediately. Included are a selection of core Python libraries; MicroPython includes modules which give the programmer access to low-level hardware.

MicroPython was originally created by the Australian programmer and physicist Damien George, after a successful Kickstarter backed campaign in 2013. While the original Kickstarter campaign released MicroPython with a pyboard microcontroller, MicroPython supports a number of ARM based architectures. MicroPython has since been run on Arduino platform based products, ESP8266, ESP32 and Internet of things hardware. In 2016 a version of MicroPython for the BBC Micro Bit was created as part of the Python Software Foundation’s contribution to the Micro Bit partnership with the BBC.

Lesson 0 – Introduction to the BBC Micro:Bit