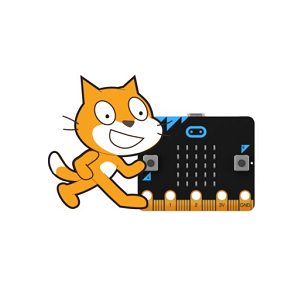 Scratch is a visual programming language and online community targeted primarily at children. Using Scratch, users can create online projects and make them into anything by coding with simple blocks. When they are done or when the desire to, they then share and can discuss their creations with each other. Developed by the Lifelong Kindergarten group at the MIT Media Lab, the service is designed to help children (ages 8 and up) learn to imagine, reason with common sense, and work with computers. Scratch so far has been translated into 70+ languages and is used in homes, schools, and after-school clubs in every country in the world. Scratch is often used in teaching coding, computer science, and computational thinking. Teachers also use it as a tool across many other subjects including math, science, history, geography, and art.

Lesson 1 – What Is The BBC micro:bit

Lesson 1.1 – Getting Started with BBC micro:bit and Scratch 3

Lesson 8 – Ping Pong I with Scratch & the BBC micro:bit

Lesson 9 – Ping Pong II with Scratch and the BBC Micro:Bit