Here’s some important links. Have a read when you get a chance –

Let’s get started – Our next tutorial is called, “Blinking LED”. As part of this tutorial we will build our first circuit using a breadboard.

We will wire up an LED, connect it up to the Raspberry Pi through a 220 Ohm resistor, power it up and write some python code.

We will then use a resistor to limit the current flowing through the LED. In this lesson, we will learn how to program Raspberry Pi to make an LED blink. Once you have learned how to trigger an LED on and off you can use similar logic to build circuits with LED’s of different colors and turn them on/off creating lighting patterns. Now, let’s get started.

Let’s get started and wire up your circuit based on the fritzing diagram below.

Wiring Up –  In this experiment, we have connected a 220Ω resistor to the anode (the longer leg of the LED is the Anode and the shorter leg of the LED is the Cathode), followed by the other end of the resistor to our 3.3 V power source on the breadboard (using the Raspberry Pi Cobbler / T-Extension Board) and finally connected the connect the cathode (the shorter leg) of the LED to B17 of Raspberry Pi. The fritzing diagram below provides a view of all of the connections that need to be made for this tutorial. 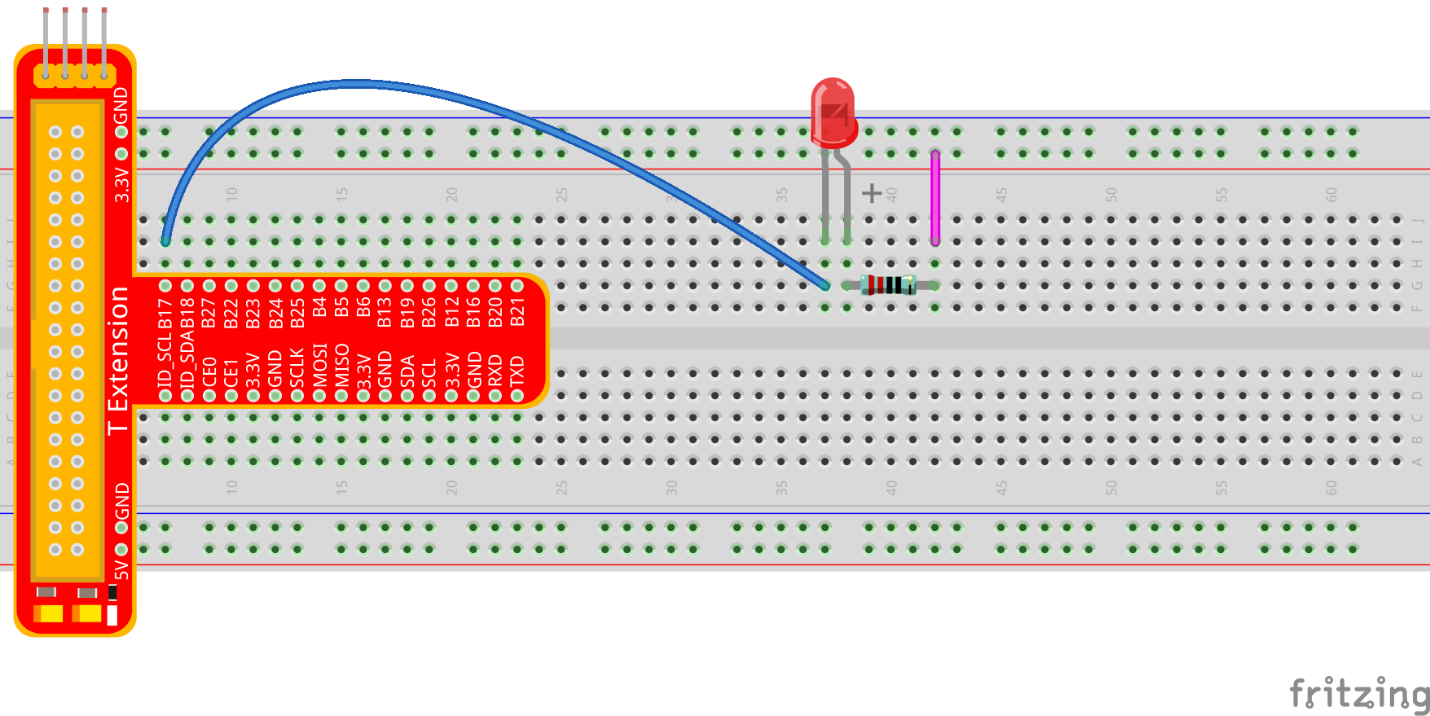 How Does It Work –

We can see from the schematic diagram below that the Anode of the LED connects to a 220 Ohm current-limiting resistor and then to 3.3V power source (on the Raspberry Pi using the Raspberry Pi Cobbler / T-Extension Board). Therefore, to turn on an LED, we need to program the B17 pin on the Raspberry Pi to be low (0 Volt). This can be achieved using a few different programming languages but in our case we will be using Python.

Here’s what the real world project will look like once you have wired up all the relevant components i.e. Raspberry Pi 3B+, Raspberry Pi Cobbler / T-Extension Board, breadboard, 220 Ohm resistor and an LED. 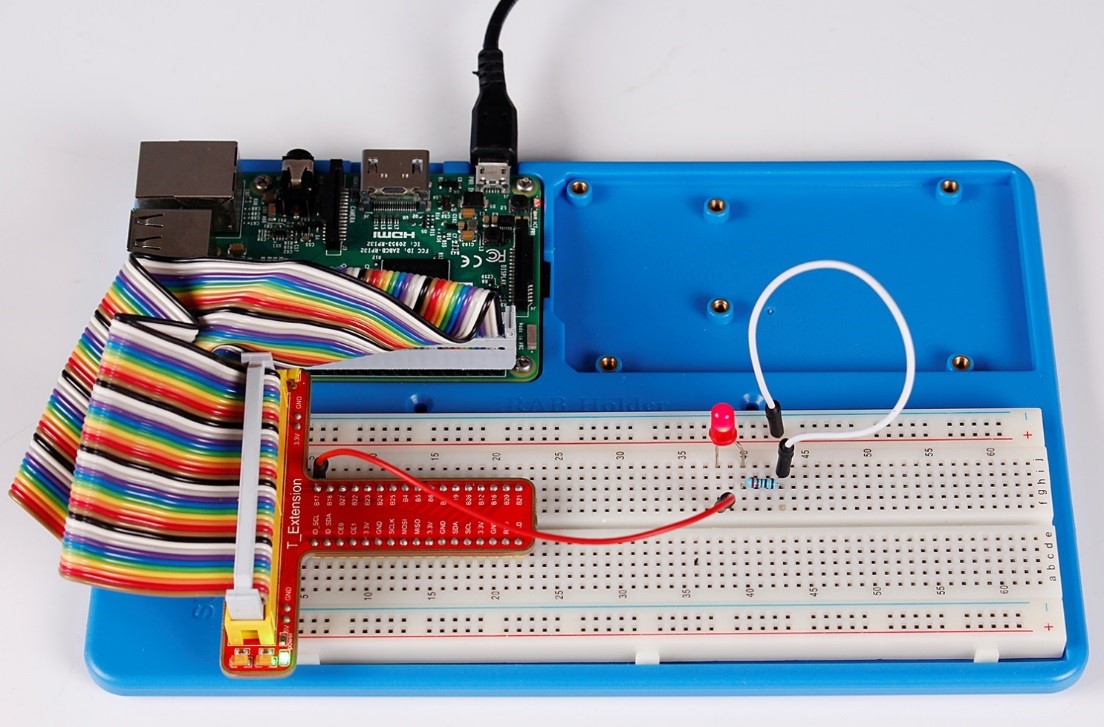 See a PDF copy of this tutorial here – <Link>